The AppWrapper helps advertisers in emerging markets to adopt mobile advertising as a critical tool that is part of their overall brand campaign. Combining ads with Micro Transaction in app purchases, it allows developers to maximize their earning from both audiences. 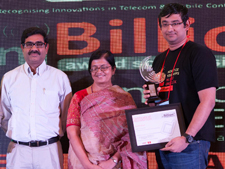 Lower GDP per capita & low credit card penetration in emerging markets meant that users in these markets did not have the ability to pay for Apps. Feature phone domination meant that while these phones had the technical capability to use Apps, they lacked a viable monetization strategy. AppWrapper helps developers monetize using both, Premium Ads as well as micro transaction models. Using the combination of both the models it allows the developers to offer various pricing models to the end user such as Pay per Play, Daily Subscriptions, try & Buy users. these pricing models are suitable for the App Economy and consumers in Emerging markets.

AppWrapper natively supports impactful ad formats including full screen billboard, video, forms etc. even on basic Feature phones, which is just not possible with other solutions. the AppWrapper ensures that advertisers in emerging markets adopt mobile Advertising as a critical tool as part of their overall brand campaign. the technology offers advertisers the opportunity to reach a wider audience across platforms in an impactful and engaging ad form. Developers have an opportunity to create great, amazing, innovative apps and convert it into a lucrative venture, thereby spurring the innovation cycle. Consumers get apps at a price they can afford i.e. FREE, in a non-intrusive premium advertising format. It saves time, money, effort for developers and is the solution for aggregators who do not have access to source code of apps.

An Android app that allows a single-tap reporting of spam, SMS/call, in the TRAI-prescribed format. With this app installed, users can just choose a call /SMS from the list and report it with just two clicks. The app will create an SMS and send in standard format, which the telecom operator requires. 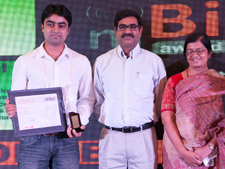 If you are using Android phone, you just have to click one button and complaint will be registered automatically. this is possible because of application india Against Spam available for Android phones. this application has very simple interface. it lists all SmS and calls received recently and the users have to select the SmS or number. it will ask them to confirm the complaint and after clicking on send the complaint will be registered on 1909. it also deletes the SmS automatically if the option is enabled in settings available for the application. The features of this application are:

Grameenphone Hysawa is an SMS-based solution through which, if a tubewell was to get non-functional, the caretaker would send an SMS to 2765. This SMS would go to HYSAWA Head Office as well as to local mechanics. A mechanic would then reach the location and repair the tubewell. Thereafter, he would send an SMS reporting job done. 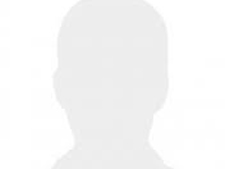 HySAWA is an international NGo, funded by DANiDA, for large-scale delivery of WASH services in rural Bangladesh. the goal is to contribute to poverty reduction through improved and sustainable water, sanitation and hygiene services. it has installed approximately 30,000 tubewells in around 300 unions.

This application has been initiated for rural people who depend fully on a tube well for drinking water. this innovation was about to reduce lead time for repairing a tubewell. Usually a tubewell would require 20 days lead time to repair when damaged. Now from the tubewells in the project an SmS is generated by an appointed caretaker to a server [web control panel]. then the information runs to a mechanique who will repair the tubewell through Hysawa. then the mechanique runs towards the spot and repairs the tubewell in 24 hours.

This procedure is maintained by SmS application and used through Grameenphone Network only. SmS from the local coordinator to a specific port and then an automatic alert is generated. Detailed are presented in the presentation attached. At this moment the target market is in underprivileged rural areas where more than 80% of the country’s live and only source of drinking water is tubewells.

IVR Junction provides non-Internet based social media possibility on vouce. Even people with cheap cell phones, no literacy and without any training can now be part of a social media activities. The IVR Junction leverages existing cloud-based services. 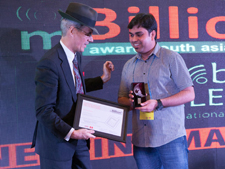 In the world of high processing tablets, smartphones, and 4G internet connection, there are various ways to collect data and disseminate information. But when it comes to providing technology to people with limited resources and low literacy in remote rural areas of a developing country like india, the only reliable and accessible interface is a basic mobile phone. As voice is the most natural medium of interaction, interactive Voice Response (iVR) systems are more usable and intuitive to provide information to and collect data from these communities.

Using iVR Junction, local communities can achieve agile, scalable, robust and secure multi-way communication that transcends economic and literacy limitations. Unlike prior tools, iVR Junction runs on a Windows platform and can be easily configured by anyone with a laptop and modem. moreover, iVR Junction fosters multi-way communication: affected populations can record and listen to posts via a mobile phone, while the global internet audience can access and contribute recordings via youtube, Facebook, and other social media. this hybrid system enables a distributed architecture that is flexible, secure, and robust to the many challenges inherent in the developing world.