The Grand Jury for the 6th m-Billionth Award South Asia was successfully held at Neemrana Fort Palace, Rajasthan, India on 22nd and 23rd May, 2015. This year we received 320 nominations across 11 categories. The virtual Jury members managed to filter 260 valid entries to 163 for the final evaluation by the Grand Jury. The Grand Jury brought together 18 influential people to select and shortlist from a list of 163 Nominations divided into 11 categories as per their expertise. The Grand Jury picked out 53 finalists who have done exceptional work in their respective fields. 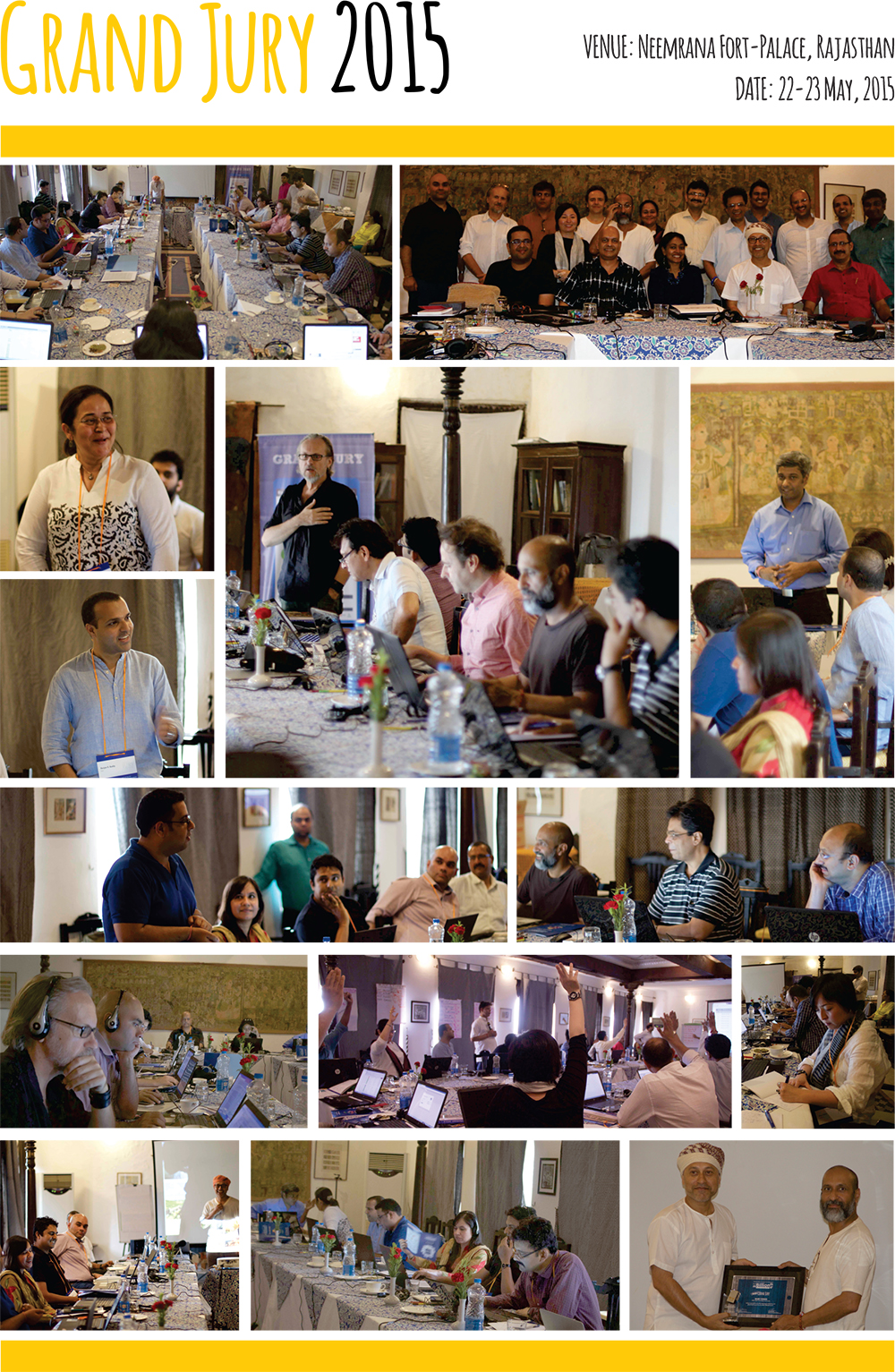 The Jury pondered and discussed all the shortlisted nominations in all the categories. A final result emerged through a voting system. In all, the Grand Jury selected Winners, Special Mentions, Juror’s Mention from the list of 163 nominations. The intense discussion on each nomination and the voting activity brought out, not only the top nominations, counting upto 53, but also the strength of collective wisdom of the Jurors while debating the aspects of the nominations.