Silent Observer is SMS-based project that is focused on the social problem of female foeticide in India. The device ‘Silent Observer’ (SIOB) also provides law-enforcing agencies with analytical reports for further action warranted under the Preconception and Prenatal Diagnostic Techniques (Regulation and Prevention) Act.

Doctors and sinologist are illegally involved in determining the sex for additional commercial benefits. A PC & PNDt act has been there for long but implementation of such law is far from satisfactory due to various reasons and loopholes.

Silent observer(tm) updates the status of itself using SmS services on how many sonography records have been recorded on a particular day, oN time, oFF time and liVE time to ensure feeding these logs in SmS format to a centralized miS. it consists internal web browser, authentication based access, inbuilt configuration and provisioning system. The system is in use in the state of Rajasthan and Uttarakhand. Further, this project supports government organization to effectively enforce adherence to a particular act.

This Voluntary Organisation in the Interest of Consumer Education (VOICE) – has developed mobile app for consumer protection. Jago Grahak Jago App works on Smart phones as well as on feature phones. The app can also be installed on popular mobiles/tablets like Android, iOS, Symbian, and Windows. 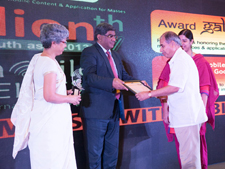 VoiCE/NCH is working for consumer education and empowerment. it has been advising consumers in how to get redressal for their complaints against faulty products or services. A call centre has been established with a toll free no. 1800-11-4000 to receive calls on every topic of consumer issue be it education, products or services, property transfers, real estate, consumer courts, it & telecom, financial services, food or drugs etc. Consumers can also access these services through website online complaints as well as SmS (8800939717).

OBJECTIVES
To build consumer awareness to strengthen the rights of consumers •To adopt managerial practices for institutionalizing consumer movement and make itself self-sustainable. •To further enhance the technical competence within the policy makers and consumer organizations. •To develop the market place in the best interest of the consumers and their right to be heard. •To sensitize national standards bodies, policy makers on up gradation of national standards / policy changes. So far this process was being managed through a call center, website, e-mail and SmS. Complaints are being received for consumers (pan-india) through any one of above mediums and advice is provided for how to get the grievance redressed through any one of these mediums. 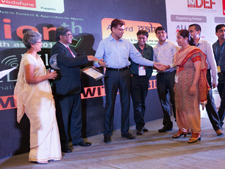 Department of Electronics & it (Deity), Government of india, has launched mobile Seva, a countrywide initiative on mobile governance to provide public services to the citizens through mobile phones and handheld devices. As a part of this initiative, a centralized platform named mobile Service Delivery Gateway (mSDG) has been created by Deity through its implementing agency, Centre for Development of Advance Computing (C-DAC).

Mobile Seva aims to provide a one-stop solution to all the central and state government departments and agencies across the nation for all their mobile platform based public service delivery needs. the SmS channel under the mSDG is operational since July 2011 and can be readily integrated with and availed by any government department or agency for delivery of public services.

As on date, 371 central and state government departments are using it for providing SmS-based services, and over 9.9 Crore SmS notifications have been sent to citizens for electronic services. Citizens can interact with the government departments over SmS for 192 public services, which are available through the 5-digit short code 51969 obtained by Deity for m-Governance purposes.

VoiceRTI is a voice-based platform that enables citizens to interact with their elected representatives via an automated call-in and playback Internet – Integrated Voice Response (IVR) system. The project VoiceRTI is conceived under the Informed Voter Project of Mumbai Votes.

mobile phones have become the most pervasive and ubiquitous mode for connecting and interacting. in india, phones are essentially used for voice calls and SmS. Voice Rti allows citizens to interact with the relevant democratic representatives and governance machinery via Voice calls.

The citizens of a city will be able to interact with their elected representatives via an automated call-in and play-back internet- integrated Voice Response (iVR) system. the iVR system allows citizens to directly ask questions to their elected by recording a 3min question automatically posted as a VoiceRti on the website for the other citizens to listen to and participate in that issue. there will also be moderation and back-end processing on the voice message done where it will be correctly categorized in the online system. the VoiceRtis can be channeled to elected representatives who will be asked for responses, commitments. these will then be made available via the play-back service component of the system where citizens can call in and listen to responses.

The potential of project to influence and galvanize other formal/informal citizen groups and platforms such as housing societies, student groups, NGo’s, think tanks, journalists, citizen’s from under privileged neighborhood, political scientists, and teachers had been immense. the direct quantitative impact in terms of service users in mumbai is expected to be approximately 1.0 to 1.5 lakh citizens over an annual cycle.